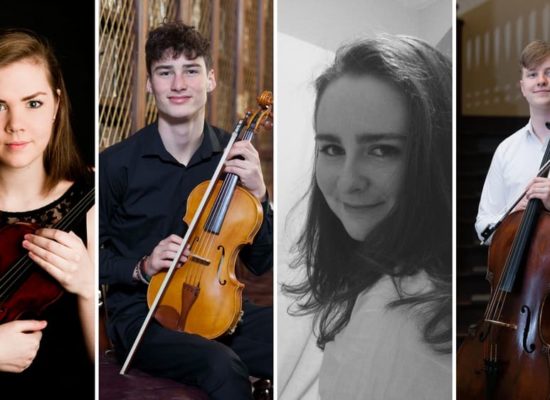 The Festival’s Town Concert give music-lovers the chance to hear young quartets in the making, not only playing established mainstream repertoire but also giving the world premiere of a quartet by a young Irish composer written especially for the Festival. Mendelssohn’s A minor Quartet was written shortly after the death of Beethoven and was clearly the 18-year-old composer’s homage as he took his great predecessor’s late A minor Quartet as his formal template. Robin Haigh’s new work – a winner of this year’s composition competition – features packs of howling dogs. Shostakovich’s Ninth Quartet was written to celebrate what would have been the 50th birthday of his first wife, Nina, who had died suddenly in 1954. It is written in celebration rather than sorrow and it gives delicious vignettes of their life together.

All works performed by Ophelia Quartet